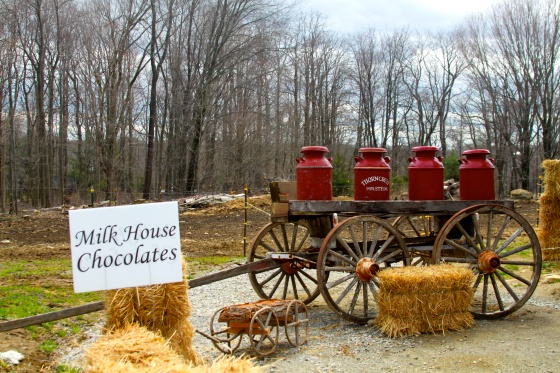 A couple weeks before our chronicled trip to Europe, my wonderful in-laws took Evan and me to a dairy farm in Northwestern CT called Thorncrest Farm. As you probably know by now, visiting small sustainable farms near New York City is our favorite way to spend a weekend and to supplement whatever comes that week in our CSA. This farm in particular, was ambrosial. Any Tom, Dick, or Harry 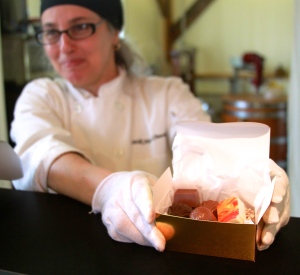 dairy farm might sell milk, but few will tell you which cow (by name) you are being fed from, provide cheese, butter, and yogurt-making classes, and have their very own chocolatier.

Kimberly, my new absolute favorite person on earth, is the self-taught mastermind behind the small chocolate operation in what can only be described as the middle of nowhere. (Picture winding back roads, copious forestation, and maybe a handful of suspicious looking deer.) Kimberly was kind enough to methodically walk me through her case full of chocolate, telling me stories about her progress and her cows as she did so. After some introductions, Kimberly explained to me that certain cows produce milk that is better suited for specific chocolate flavors, and making chocolates on the farm allows her to use that to her advantage.

Trust me when I say, this precision pays off.

Her chocolates – be they milk, dark, with mint or peanut butter (a combination that in no way resembles Reese’s), caramel, ginger, pumpkin, creamy vanilla, mango, or hazelnut coffee – are all exquisite. When you walk into her kitchen-barn and are greeted by the chatty Kimberly in her charming chef’s costume the scent of cocoa and milk wafting through the air is truly penetrating. And the artistry involved in her work is simply unreal. 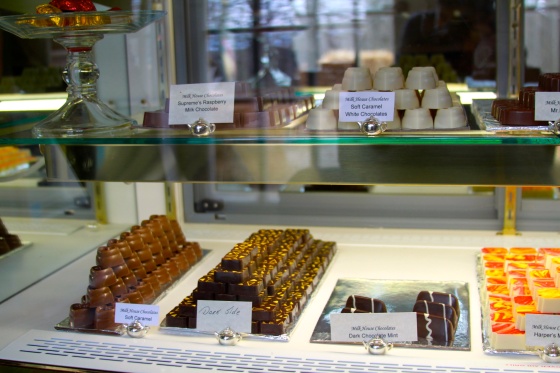 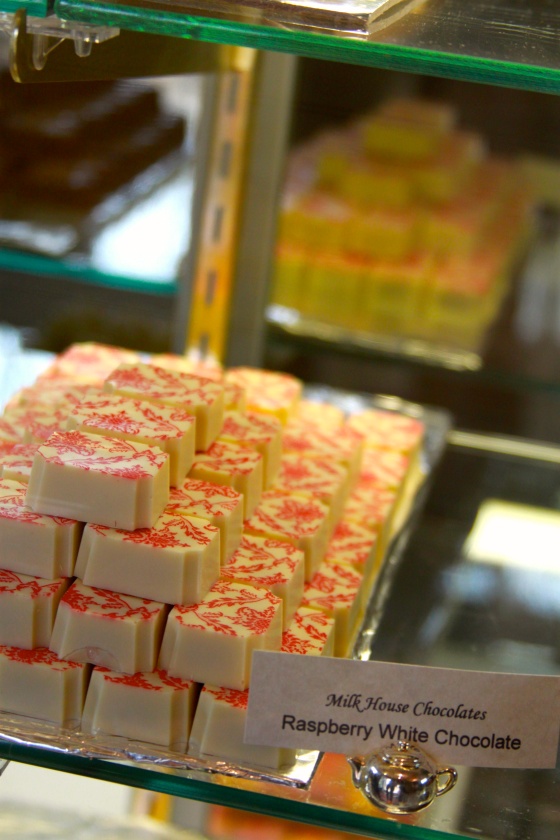 Kimberly told me about her deep unbridled affection for her cows, tearing up as she shared a story about having sold one of her favorites to another farm.  Apparently when the cow’s milk production dropped soon after being sold the farmers prepared to slaughter her, and Kimberly promptly cut her losses and bought her cow back. The cow lived out her happy life on Thorncrest Farm.

Below is a picture of a very recent Mama-Cow, looking pooped but proud. 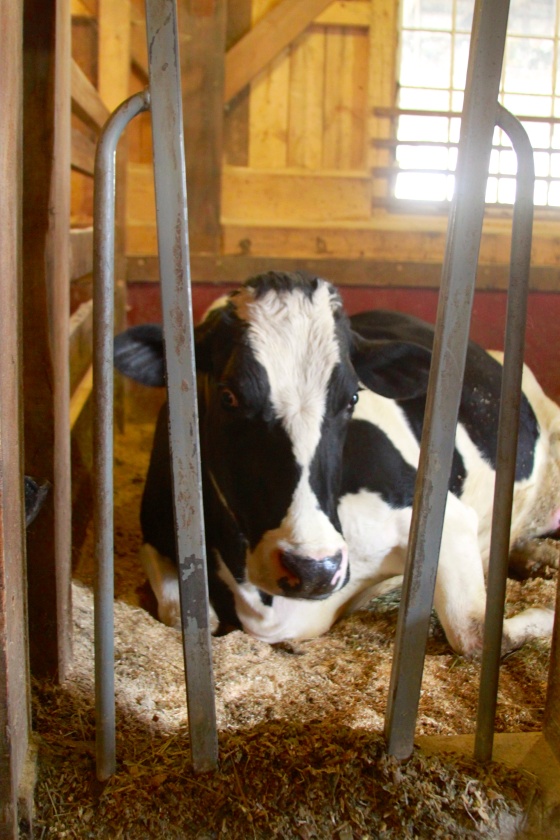 Surrounded by the scents of chocolate it was hard for me to resist dreaming about following around Kimberly for a summer and learning about life on her farm, not to mention witnessing the process of creating her elegant artisan treats. And I felt so enchanted with her world that I found myself too shy to admit to her that I tiptoe on the fence of being vegan. That I’m so frustrated by the meat and dairy industries and the scandalous treatment of animals in factory farms that I often have vegan weeks, and have weeded out foods that seem tarnished by the trade. In the quiet of my own home, where I’m blissfully not tormenting others, I have replaced dairy milk with almond milk, eat little to no cheese, and miss butter terribly. But places like Thorncrest give me hope for future dairy consumption. That day I had a delicious sip of Victoria the Cow’s milk, and succumbed to more than a few breathtaking pieces of chocolate. 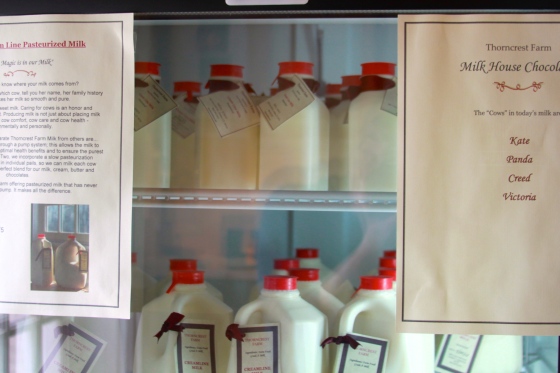 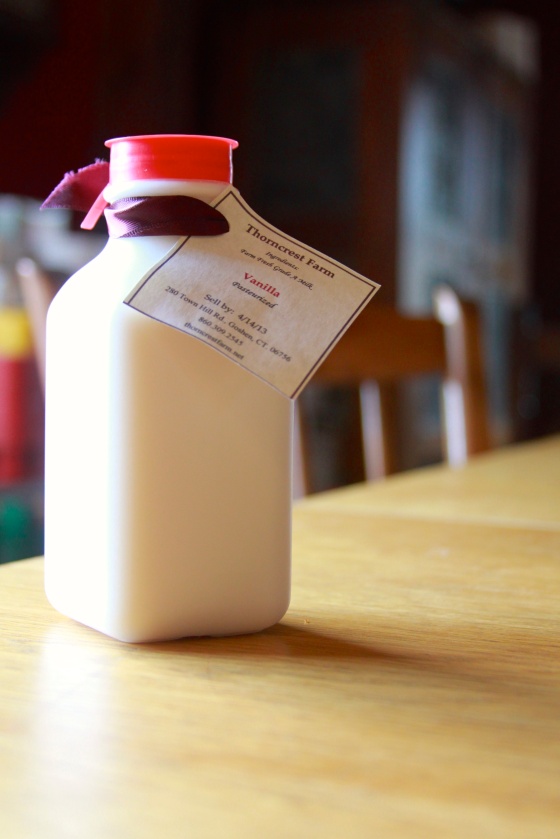